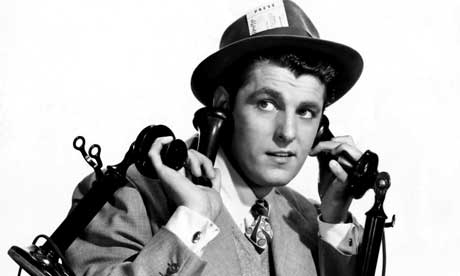 Part 2 of my series on Crisis Media Relations includes selecting spokespeople, ways to control the “court of public opinion,” and knowing when to yield the floor to company legal advisors. There are two realities operating in any crisis. One is the reality the company is dealing with inside its own walls. The second is the reality perceived by the public at large. Crisis media management needs to use the press to more closely align those realities.

Dealing with the press is not a task for the faint of heart. Once, it was the job of reporters to dig up a good story. Nowadays, “good story” too often means “scandal” or “wrongdoing.” Newscasts want sound bites and “juicy” quotes to give them a story they can run with. It is not the spokesperson’s job to feed that monster. Company spokespeople need to do the opposite—pull the sharks’ teeth and calm the feeding-frenzy mentality of a scoop-hungry press pool. Teaching company spokespeople the skills needed to “wrangle the sharks” is the agency’s job. Following is some time-honored wisdom for dealing with the press.

Make Spokespeople Available – All the Time
Having a calm, clear-headed spokesperson ready to handle a crisis is one thing. Having some designated people ready to speak for the company whenever the press comes knocking is, however, one tactic many companies overlook. By building and maintaining good media relations during stable times, you encourage the press to treat you more respectfully during that rare crisis. Companies that routinely practice press avoidance—not returning calls, delaying fulfillment on requests for information, being unavailable for interviews—tend to become targets rather than interview subjects when the tables turn. Napoleon once said, “Four hostile newspapers are more to be feared than 1,000 bayonets.” Company spokespeople should actively cultivate the press so that the press will be more accommodating during the bad times.

Make it company policy to direct any questions from people and organizations outside of the company to the designated spokespeople, or to the company’s communications department. If employees are approached by the media for comments during a crisis, employees should know not to respond, but to say, “You should call Mr. Jones or Ms. Smith in Communications.”

“No Comment” Is No Answer
Spokespeople should never respond by refusing to respond. This guarantees that the media will come up with their own slant on the story. Companies need to control how they present the story to the press. You can’t control information by withholding it. This tactic often backfires when the public decides for themselves what is happening—relying on insufficient information, rumors or inaccurate media reports. Companies that refuse to comment on a crisis risk being labeled “guilty” of some kind of wrongdoing simply because they refused to comment. (Blame this on oh so many trial defendants “pleading the Fifth” to avoid incrimination.)

The “Court of Public Opinion” comes with a rumor mill that spins ever faster when no one is applying the brakes. Consider the damage that can be done to the company’s relations with customers, prospects, vendors, lenders, and the community at large by refusing to comment in a company crisis. Company spokespeople must be able to neutralize the glare of press attention, calm the fears of the neighboring community, and assure all business contacts and customers that their businesses will not be impacted. This job is much more difficult if no one has planned how to meet a crisis ahead of time.

The case of Martha Stewart illustrates this type of missed opportunity. When the doyenne of the lifestyle industry was first targeted for prosecution following disclosure of a possible insider-trading incident, Ms. Stewart completely failed to make her case to her fans, customers, magazine readers and the general public. Five months went by before she finally posted a message online, coordinated with a full-page ad in USA Today. Because she did not put out her own message early in the crisis, others stepped in to fill the void. That lapse allowed the crisis to damage her corporation and brand, as well as her name. Arguably, it eventually landed her in jail. Appearing standoffish and above the law, she was widely vilified and became a favorite poster child for corporate malfeasance (although her sins in that department were like petty crime in comparison with the Enrons and other scandals of that time). In an interesting turnaround, her jail time and behavior towards other inmates actually improved her image and “accessibility” overall, and helped to get her brand back on track.

Hold a Briefing
Companies skilled at media relations know there are several ways to get the media to deliver the company’s message. One is to hold a press briefing. Ideally, the briefing site should be determined based on media convenience. Holding a briefing where the media can easily attend is key to getting a wide range of media to show up. Make detailed press kits available, including a written copy of the official statement. Stick as closely to the scripted statement as possible, but try to give the media what they need to produce their stories.

Half of the crisis management team should attend the briefing; the other half should monitor event coverage, especially if it is live. Split-screen broadcast technology enables TV news to cover a briefing as the event or crisis unfolds on the other half of the TV screen. While you can control the information you give out, it is more difficult to control how the media presents it. Monitoring coverage enables a company to quickly “spin” coverage that takes a negative slant.

Know the Company Message
Rule Number 1 for spokespeople everywhere: your job is not to answer reporters’ questions. Yes, you heard me correctly. The spokesperson’s role is to communicate a company message. Answering questions allows the media to control the company message. Spokespeople should stick as closely to the message as possible and directly answer only those questions for which they have answers prepared.

Know When to Call in the Lawyers
If legal liability is an issue during a crisis, the Crisis Management Team and designated spokespeople should know what may or may not be admitted to or commented on. To ensure the company is not further endangered by verbal missteps, liability should be discussed as part of the planning process. Spokespeople should have a clear idea of when to step back fromthe podium and let the team’s legal advisor step in to take a question.

How are you handling your Crisis Media Planning? Do you have a crisis media plan, a media relations team structure and understand how to interact with media to control the company message? Help your brand emerge from crises with reputations and brands intact.